ABOUT THE UNIVERSE CREATED BY STEVEN KOUTZ

The Shadowed Stars universe book series is an epic tale of science fiction with a more mature flavor. It has been a concept for many years with its main objective and drive to contend with the already established franchises out there and always striving to be different and better. The universe of Shadowed Stars is ruthless and hostile to the extreme, with the likes of an intelligent carnivore race like the Derths and an oppressive and brutal regime like the Black Guard. Many other threats lurk around every shadowed star. It has its shiny spots of hope and humor. It has horror and romance. It will make you scream in anger and wail in tears. It is for mature readers as it hosts graphic language, sex, and violence. It has evolved with each book and each short story written. It has become its own entity.

So, what is different? What sets the Shadowed Stars universe apart? Well for one thing I, Steven Koutz, have created and written everything myself. Images, miniatures and videos, I have had help with but the designs, the character creations, cultures, worlds, tech and overall look were all my original creations. I wanted to give it a dark tone as to match the feel for the reader of actually being in unknown and unexpected outer space. I want it to feel different and yet keep it fresh. I also structured it differently in how it is told as opposed to other sci-fi books and franchises.

With the short stories, it does jump around a bit. I choose the short stories when I feel a character had more to offer but was just consumed to deeply in the story of the books. There are eight books planned. There will likely be more but the eight books will be unique with their numbers. Books after that will be tales told of old favorites and still some new characters. The book numbers are also uniquely structured. Odd number books will jump around in time frames and focus mainly on characters like Prince Slade, Eva Cusping, Princess Erikai and more. Some may even be other generations but all will string from what I call the Prince Slade line. The even number books will not jump around in the time frame. They will be based on characters like Josh Broody, Cody, Laylee Kalini and Tana and other characters tied to them.

I did this for the sole reason to avoid tire and strain on character and story. This way you, the reader and yes, I the writer will not be always following the same characters around. It adds variety while also experiencing something different with each read and yet providing a desire to see favorite characters come around again.

Steven Koutz is originally from St. Paul, Minnesota, USA. He has been writing stories for as long as he can remember. Although he writes many different genres, his favorite is science fiction. He was inspired by watching many different shows and movies old and new. He likes to write his science fiction with continuity and serialization of characters and events. He enjoys characters that are always growing. He will also add small hints of old black-and-white classic auras hidden in tales of more modern and graphic flavor. He also likes to work in elements of other genres that he can fit in a science fiction tale, such as western, horror, and romance. His hobbies are collecting comic books, action figures, busts, and trading cards. He also plays many trading and customizable card games as well as many various role-playing games, miniature games, and elaborate board games. His passion is storytelling in the science fiction genre. He is a fan of many of the sci-fi franchises and has always wanted to write his own series, and that is the book you hold now, Shadowed Stars. This is book one of the series, and he has as many as eight planned and in draft. The series will likely exceed that number. 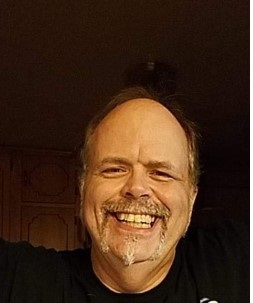