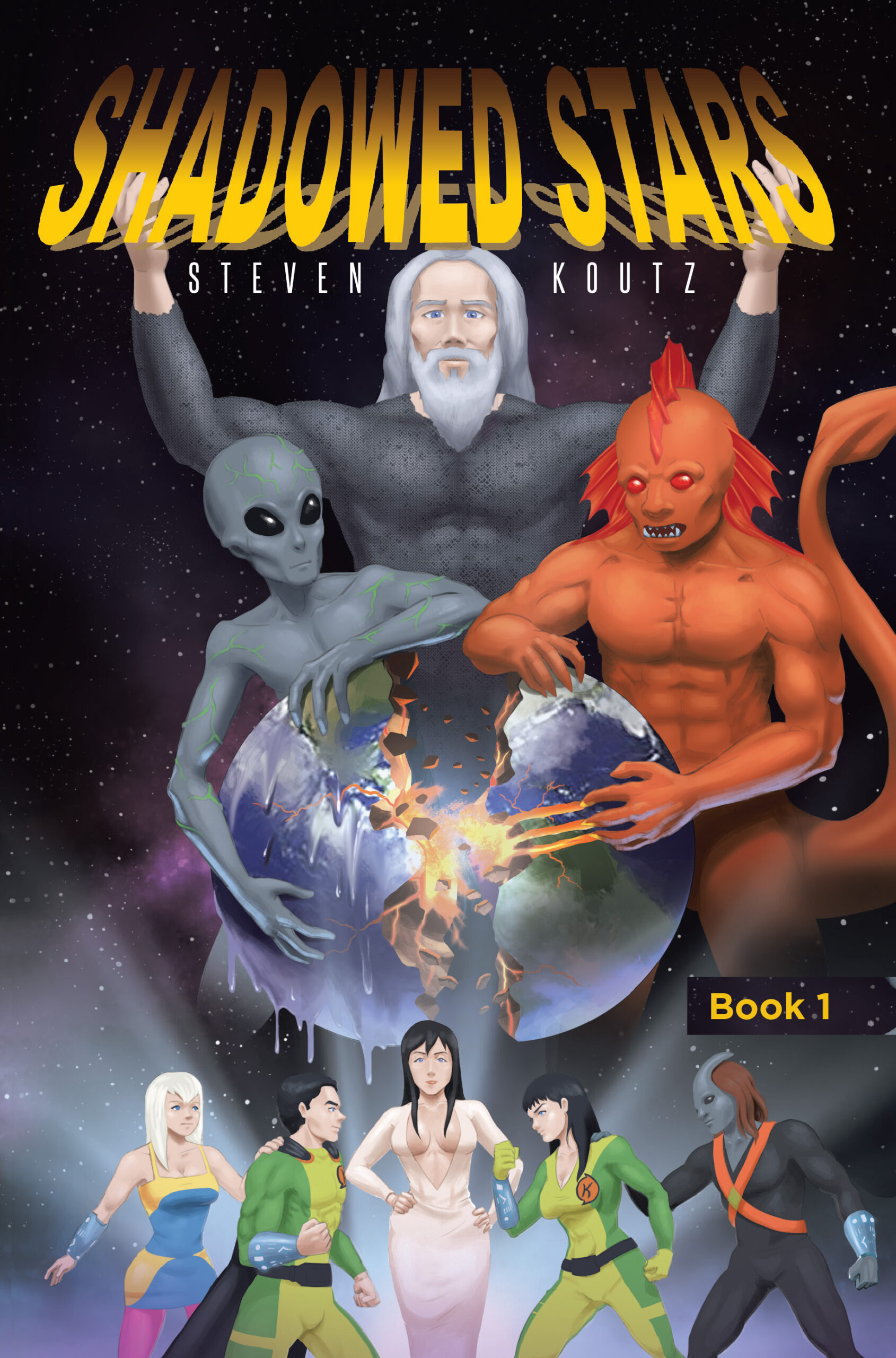 Read the thrilling first book in the Shadowed Stars sci-fi book series! In the year 2089, Earth had experienced a rapid shift in political and technological developments. Reported sightings of UFOs and alleged human abductions had reached such an alarming rate that governments decided to remove national boundaries and unite as one planet under one leader. The new government, the United Nations of Earth, made space exploration and defense of the planet its top priority.

Journeyer was one of the first ships sent into space to find new discoveries and above all the search for sentient/intelligent life and to open peaceful negotiations. Prior to its recall and decommission, Journeyer was captured by the Ubides, an alien race of the highest intellect and an ally of the Derths, a carnivorous alien race with ever expanding territory. The Journeyer’s captain, Drew Cage, was forcibly taken for a reason. Meanwhile other crew members, like Eva Cusping and Enrico Dalchez, sent to a planet to restore lost communication satellites will be caught between warring kingdoms. Captain Drew Cage and Eva Cusping will learn something about themselves that will make them question their existence and their beliefs, leading one to anger and rage while giving the other enlightenment. Both will undergo a transformation that will set them on course to good and evil in an intergalactic war where the survival of the human race and other life-forms is no guarantee. They will encounter allies and enemies as they realize some questions you may not always want answered: (1) Are we alone in the universe? (2) Is there a god? (3) What does the future hold?

Do you really want to know? 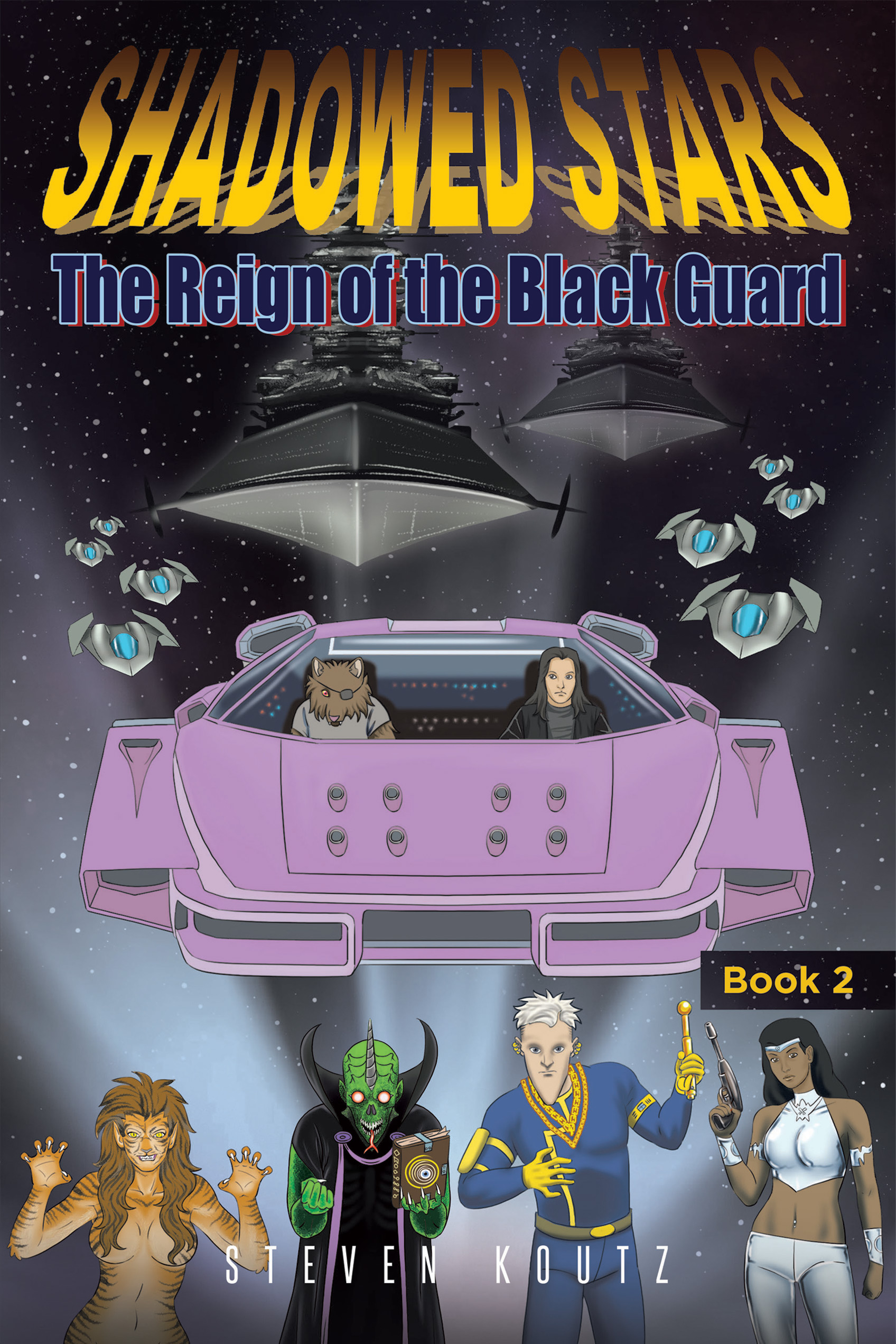 Book 2: The Reign of the Black Guard

BOOK TWO in the Shadowed Stars sci-fi book series will allow you to follow the adventures of Josh Broody. A hero corrupted, turned villain and back to hero as he is put on a path of redemption while the sins of his evil deeds haunt each new step he takes. He is a brother mentioned in prophecy to bring about the demise of the Dark Lord Epitaph by ending his brutal reign. With his brother Jase already killed the prophecy seems broken but he still finds himself pursued by the Black Guard, a most brutal and military regime wielded by Epitaph. He is also pursued by mercenaries and bounty hunters. His companion is Cody, a wolfman-like race called Canians and a former victim to Josh’s own brutal hand. The two enemies have become friends. Along the way they will meet other unexpected allies and Josh’s heart will be torn between two women, Laylee and Tana. Conflicts with the Honsho Piracy will also produce a questionable ally in the famed, Gold Gatling. Together they will be pursued relentlessly as the mystery to the fact that the broken prophecy still seems to be played out and is not broken at all. Epitaph’s reign of power rests on the death of the two brothers. Jase is dead and somehow Josh is still a threat. The adventure will span many worlds and systems including dangerous foes like a mercenary that collects patchwork skin from his victims and Josh’s former bride, now the bride of Epitaph and herself with a zombie side and a wrath of thirst to desperately quench with bloodshed and an agenda of her own. Can Josh Broody find love again and survive being hunted as his very existence could seal a prophecy and bring a tyrant down to restore freedom? Or will Epitaph kill Josh and anyone that assists him and further cement his domination in the universe. In the Shadowed Stars universe the victory of heroes is not always a sure thing. 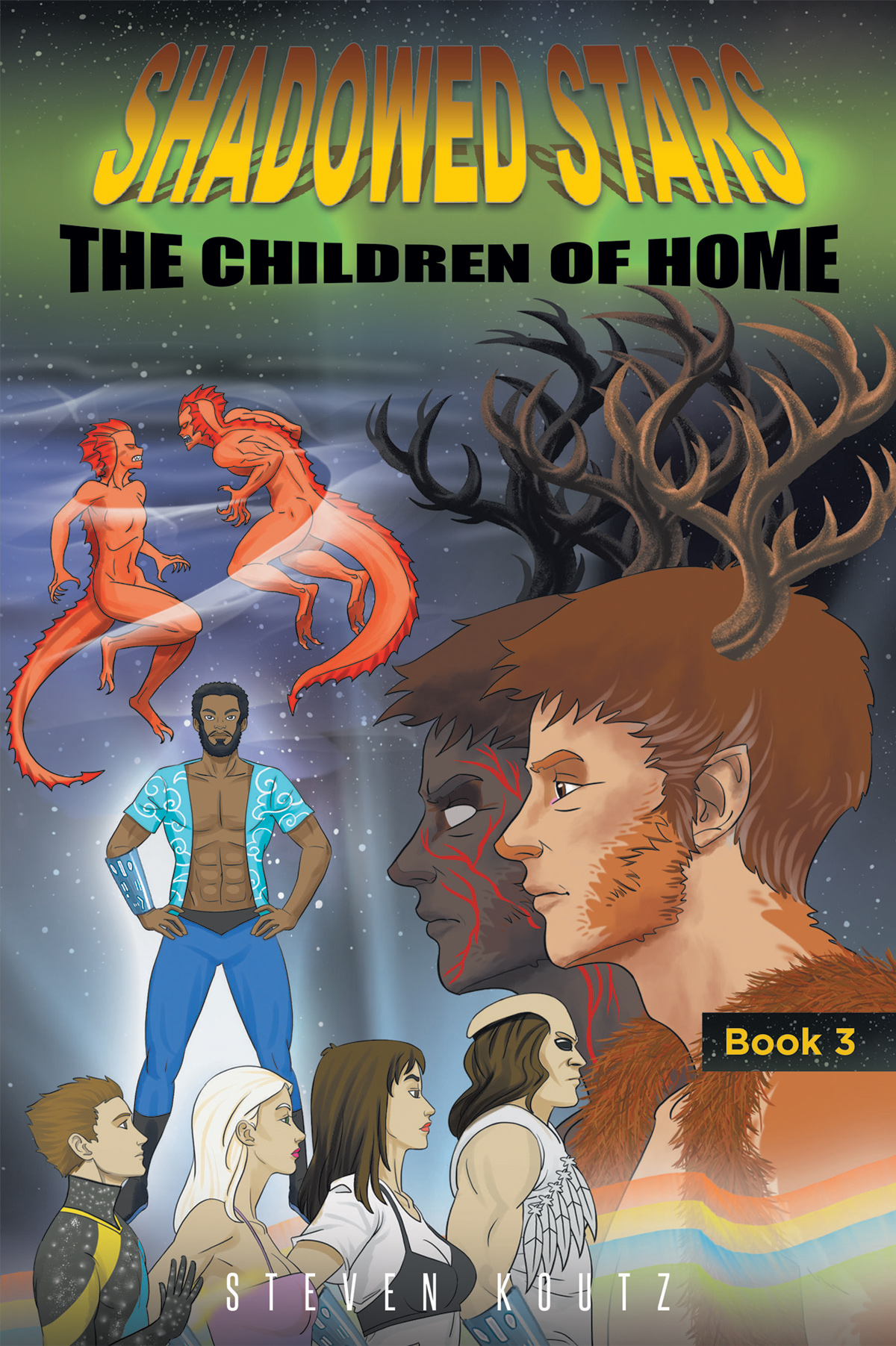 Book 3: The Children of Home

BOOK THREE The planet of Home, on the other side of the collapsed wormhole, has thrived for twenty-two Earth years. Rico had been raised alone by his human mother. He was often told the stories of Rayk, his Luth Bik father, who had sacrificed himself to save everyone before Rico was born. Rico, being half Luth Bik and half human has felt like an outcast for most of his life. Despite the love of his mother, Aunt Eva, Uncle Slade, and his cousins, he has felt alone and conflicted with the vastly different teachings of human and Luth Bik religions and cultures. He has been haunted by the question, “Where do I belong?”

Rico is now about to set out on his first solo mission. A simple escort mission of a sick queen to a planet with a possible cure. The planet of Yanve is inhabited by humans, but their culture due to a pandemic in the past had adopted masks that had remained and evolved to identify status in the society.

Rico had decided to bring his cousins along and get their training in the diplomatic field. Quinla was the eldest child and daughter of Slade and Eva. She has come out openly as a lesbian and her past and present loves are on the verge of meeting. Nata is the middle child and second daughter of Slade and Eva. She is trying to find her own identity as the crowded middle child. Jon is the youngest and only son to Slade and Eva. He still has some growing up to do and perhaps this mission can aid that task.

Obviously, the simplest missions are the ones that go wrong. Rico’s outcast status and solitude will shed his long-kept secrets as the mission goes forward. The children of Home will learn that there is a much wider scope to the universe.

Two enemies will be encountered and their threats will forge the young adventurers into the heroes they will become. One adversary will have desires to rule a single planet. The other plans to conquer the universe with powers that will test everyone that poses opposition to that goal.

Navo Gorondo is the head of family security and will soon learn that the four young adults of Home’s two leading families are more than a handful. Great tragedy and despair can create inner strength that Rico and his cousins did not know they had.